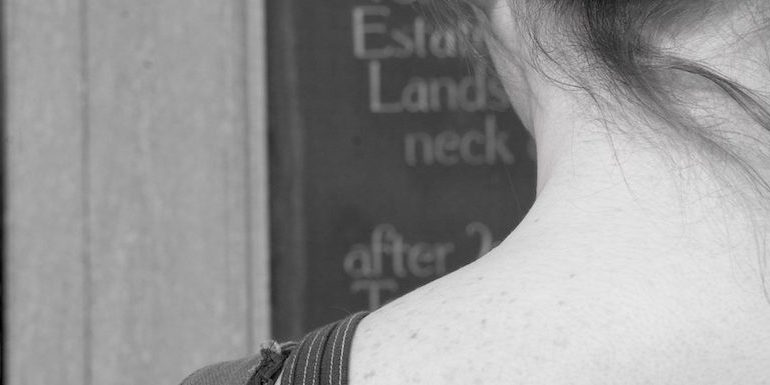 Our culture is often so focused on the severity of back pain that neck pain becomes dismissed or lost in the shuffle. However, neck pain affects more than 10% of the entire world population each year. Neck pain can be centralized on the cervical vertebra that support the neck or can radiate down the arm and cause additional discomfort.

There are many possible causes of neck pain, which include the following.

This is most often caused by a sustained activity, such as sitting in front of the computer for too long without stretching, or exercising the muscles in the neck. Some people also experience this acute condition after waking up from sleep.

This chronic condition can affect the joints of the cervical vertebra and cause pain in the neck region. This also often leads to the growth of bone spurs that can put added pressure on the nerves in the neck and increase the pain response.

This condition is caused when a section of the soft tissue between bones in the spine break free of their protective covering and bulge outwards. A herniated disc that affects the neck will also cause radiating arm pain.

A narrowing of the spinal column that causes increased pressure on the spinal cord is called spinal stenosis. This condition can cause more symptoms than just neck pain, including sensitivity in the legs and even a loss of bladder control.

Most commonly seen in individuals who have experienced a car accident, whiplash is caused by the sudden jerking motion of the head and neck. Pain and stiffness caused by this type of injury doesn’t usually present until a day or two after the initial accident.

It is also important to know the difference between acute pain and chronic pain. Most chronic conditions require long term medical intervention to relieve the pain. Acute conditions, such as muscle strain, can recover on their own with rest and at-home remedies. Talk to your doctor if you’re concerned about your neck pain.

Do you have pain in your neck that is affecting your ability to function normally?